Legalization of marijuana has increased across states in recent years. 1 in 5 states have decriminalized the sale and/or possession of marijuana and more than half overall have legalized adult use for medicinal purposes. Despite greater legal access, marijuana use among youth has not increased in legalized states and marijuana usage patterns nationwide have remained steady. However, the rise of e-cigarette use among youth offers a new way to consume marijuana and the dual use of tobacco and marijuana threatens the health of today’s young people, whose developing brains are negatively impacted by both marijuana and tobacco use.

This resource presents information about the current state of legalization and changing state laws, as well as marijuana use patterns among youth and adults and the health effects resulting from such use.

MORE THAN 20% OF STATES HAVE LEGALIZED MARIJUANA

Marijuana is currently the most commonly used illicit drug in the United States. Despite its federal status as an illegal substance, 11 states plus the District of Columbia have legalized adult use for those aged 21 and up and another 33 states and D.C. have legalized marijuana use for medicinal purposes.

At the national level, marijuana remains a “Schedule I” substance, which is a drug or chemical the federal government considers at high risk for abuse and possesses little or no medical benefit. However, more than half (26 states and D.C.) of states have opted to eliminate jail time for possession or use of small amounts of marijuana. 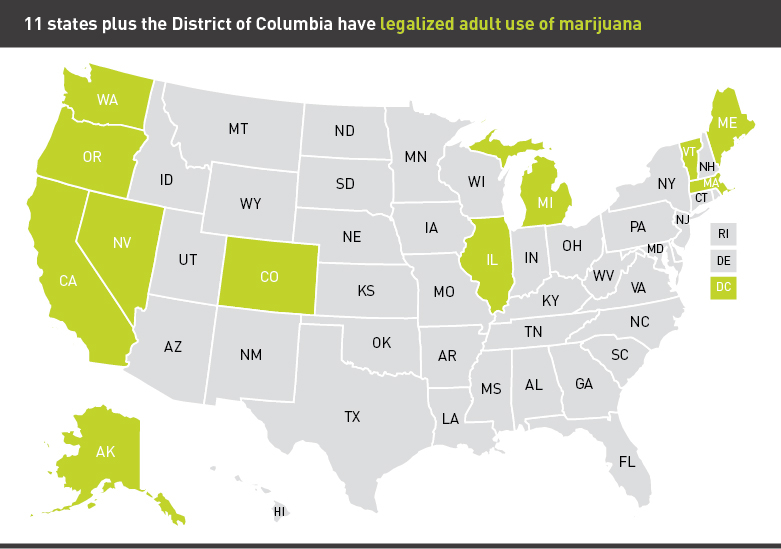 Although several states have legalized marijuana, youth use has not increased in those states. Nationwide, youth marijuana use has remained steady over the past 10 years, despite significant drops in smoking rates and alcohol use. In fact, today’s young people are waiting longer to try alcohol, cigarettes or marijuana.

As alcohol and cigarette use decline among youth, marijuana is increasingly the first substance young people use. Research also shows that those who use alcohol or cigarettes before they reach 12th grade are more likely to subsequently try marijuana. Other recent surveys have found that:

ADULT USE REMAINS STEADY, BUT IS MORE COMMON IN DECRIMINALIZED STATES

Adult marijuana use has increased in recent years, with higher prevalence in most states where it is legal to consume marijuana.

MARIJUANA AND TOBACCO: COMMON USE PATTERNS

Youth who currently use one or more tobacco products, like e-cigarettes, hookahs or combustible cigarettes, are more likely to report marijuana use 24 months later. Other notable patterns include:

Is marijuana a gateway drug?

There is a lot of debate on whether marijuana is a gateway drug. It is certainly true that marijuana use is likely to precede use of other illicit substances. This link may be because users of all of these substances share common risk traits (e.g., sensation seeking). It is also theorized that any substance that decreases reactivity of brain receptors can lead to addiction vulnerability.

VAPING MARIJUANA ON THE RISE

Tobacco and marijuana use patterns are evolving, with many of today’s teens directly combining the two products. Vaping marijuana (i.e., heating the dried plant and using distillates or an “e-liquid” solution with a battery powered e-cigarette to inhale a vapor) increased considerably in the past year alongside an overall increase in youth e-cigarette use.

In 2018, 4.4%, 12.4% and 13.1% of 8th, 10th and 12th graders, respectively, reported vaping marijuana. While patterns across states are not fully known, individual states have reported varying levels of the use of vaping devices for marijuana. In Connecticut, 1 in 5 high school students reports vaporizing cannabis, in California 1 in 4 (27.1%) and in North Carolina 1 in 10. Among college students the numbers are even higher, with 29% reporting ever vaporizing cannabis products.

Recent reports of lung injury due to the use of e-cigarettes (EVALI – E-cigarette and Vaping Associated Lung Injury) have linked vaping marijuana with lung illnesses. As of Nov. 20, 2019, there have been 2,290 reported cases and 47 deaths related to EVALI. Most of these cases (More than 80%), but not all, were from users who reported use of THC vaporizer products. On Nov. 8, 2019, the Centers for Disease Control and Prevention identified vitamin E acetate as a significant concern in the outbreak, finding the chemical in all 29 samples it had analyzed from victims. The CDC states “it is possible that more than one compound or ingredient could be a cause of lung injury, and evidence is not yet sufficient to rule out contribution of other toxicants.” It continues to advise non-smokers to avoid vaping of any variety and especially products purchased “off the street.”

Despite the increase in the number of states that have legalized marijuana for medicinal purposes, few benefits have been scientifically proven. While users report a number of medical benefits from marijuana, such as improved sleep and decreased anxiety, studies to date show mixed results for medical marijuana use:

Research has consistently found marijuana can have lasting impacts on the adolescent brain, which is still developing until around age 25.

DEPENDENCE AND ADDICTION IN YOUTH

Given the serious consequences of marijuana use on the adolescent brain, it is critical to highlight marketing practices that target young people. Like the tobacco industry, which has created products designed to appeal to young users, types of marijuana are desirable to underage users. Brownies, gummies, candy and cookies are frequently sold at legal dispensaries. Illegal distributors have also created products that resemble popular food brands among kids, such as Pop-Tarts, Cinnamon Toast Crunch and Klondike ice cream bars. A New England-based creamery recently began producing cannabis-infused ice cream for Massachusetts-area dispensaries.

As businesses continue to acquire licensing and approval at the state level to create new marijuana-infused products, public health concerns must be considered. Since business interests push commercialization, strong regulation to prohibit any product branding or marketing that would appeal to youth is paramount. This problem is certain to increase exponentially as tobacco company and alcoholic beverage company interests continue to acquire marijuana companies, a phenomenon that is sure to massively accelerate if marijuana legalization increases in the U.S. Altria (the maker of Marlboro) and Constellation Brands (the distributor of Corona beer and Svedka vodka) have already made major acquisitions in marijuana business and their competitors are sure to follow suit. 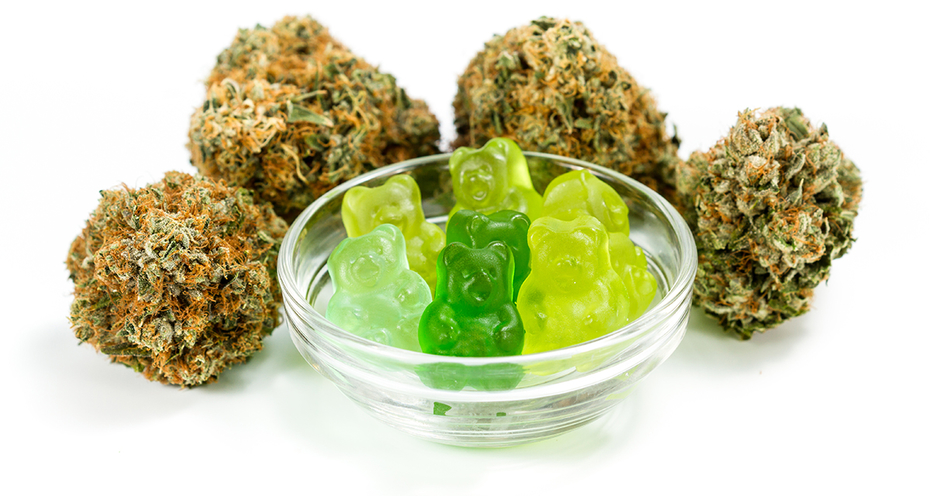 As businesses continue to acquire licensing and approval at the state level to create new marijuana-infused products, public health concerns must be considered.

The federal government has taken varying approaches to drug enforcement throughout our nation’s history that have tended to alternate focus from criminal enforcement to prevention and rehabilitation. With the emergence of state laws allowing medical and recreational marijuana, the federal government has had to determine how to respond since marijuana remains illegal at the federal level. A few recent developments are important to note:

Most recently, due to the increase in availability of marijuana as well as its potency, the U.S. surgeon general issued a formal advisory on Aug. 29, 2019 — the first surgeon general’s advisory on marijuana since 1982 — stating that marijuana use among youth and pregnant women is harmful to developing brains and developing fetuses. This advisory provided specific information for parents, youth, state and local governments, and health care providers.

Some key elements of current state policies include:

However, not all states have adopted some key policies that will protect public health. Some missing elements include:

As the number of states who have legalized marijuana in some form continues to grow, it is essential to put policies in place that prevent and restrict use among youth. Commonsense regulations, such as minimum age purchasing laws, universal product standards and restrictions on marketing to young people, must be enacted to minimize youth use and harmful effects on developing brains. For more information, see “Action Needed: Youth and Marijuana.” 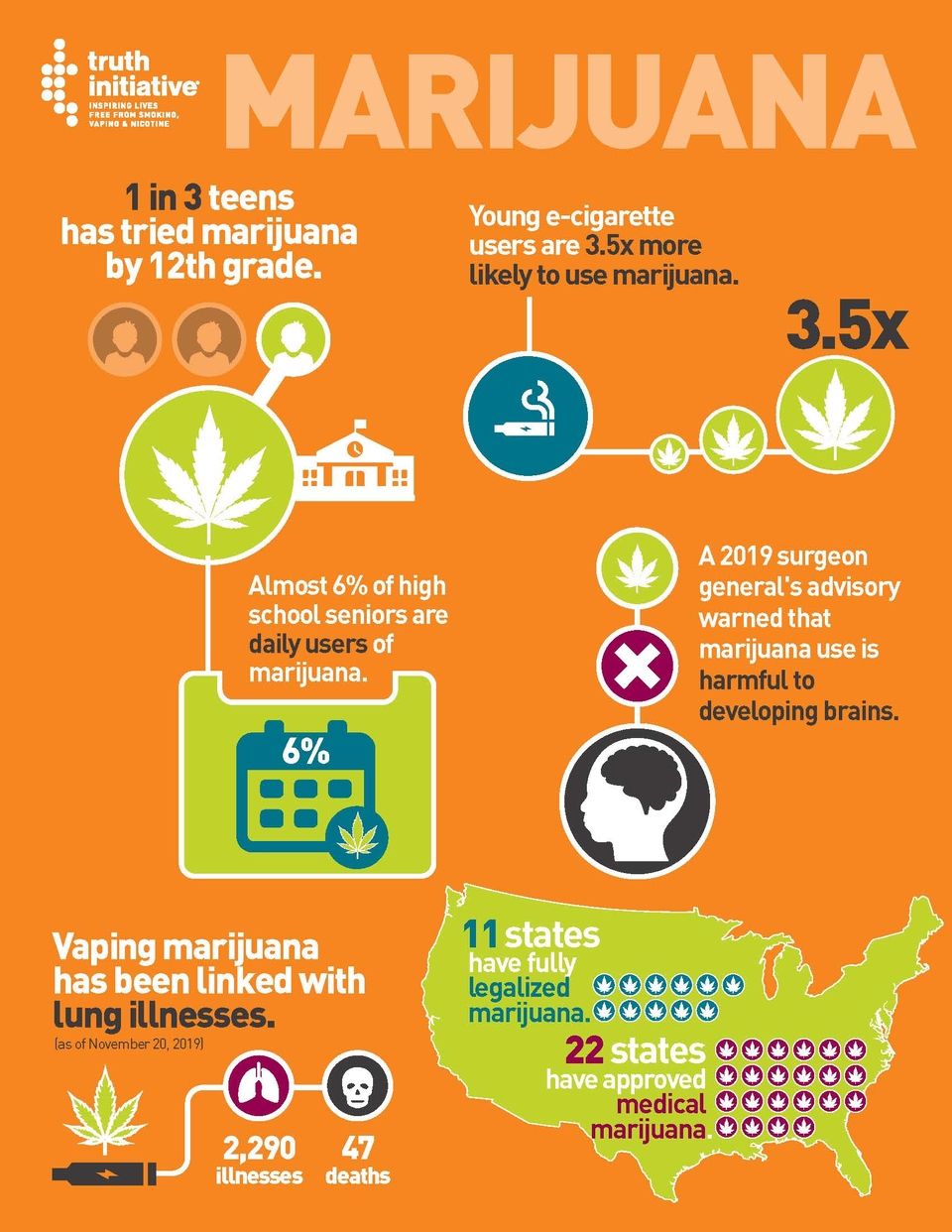 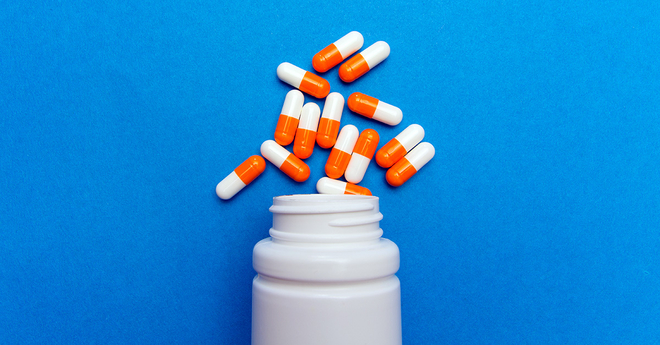