As Youth E-Cigarette Use Soars Along with Vaping-related Illnesses, Urgent Action Must be Taken to Protect the Health of America’s Youth 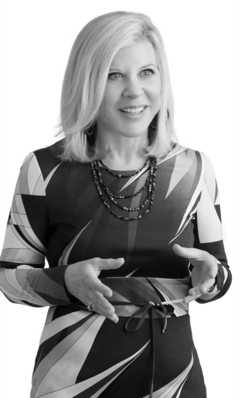 We are deeply concerned that the health of America’s youth continues to be compromised by e-cigarette manufacturers like JUUL and the tobacco industry at large solely for profit. Preliminary data from the 2019 National Youth Tobacco Survey show an alarming 27.5% of high schoolers using e-cigarettes in the past 30 days, up from 20.8% in 2018. New data from the 2019 Monitoring the Future survey also underscore that the youth e-cigarette epidemic is getting worse. Vaping among 8th, 10th, and 12th graders has more than doubled since 2017 with more than 1 in 9 high school seniors reporting vaping nicotine on a near-daily basis, signaling a growing youth addiction crisis.

Unfortunately, these numbers come as no surprise. This chemistry experiment on our nation’s youth has to stop and could have been prevented if the Food Drug Administration had used its authority to fully regulate e-cigarettes prior to these products flooding the market. Instead, our children are being treated like lab rats for an industry that makes billions by putting millions in harm’s way. The Centers for Disease Control and Prevention continue to investigate 530 cases of vaping-related lung illnesses, more than half of which occurred in people under the age of 25, and 16%  in youth under age 18.

At recent congressional hearings, JUUL, through its own words and documents, showed how they built the youth e-cigarette market by hiring influencers and using social media platforms most popular with young people, infiltrating schools under the guise of education, and by literally taking a page from Big Tobacco’s playbook targeting children as young as 8 years old by funding summer camp programs. JUUL did not create a dominant billion-dollar business by accident as they would like us to believe. And Altria, makers of the number one cigarette brand Marlboro, did not invest $12.8 billion dollars in JUUL on a whim. They were counting on their investment to pay off, and it has. Despite JUUL removing some flavors from retail stores last April, their sales have continued, as have those of the rest of the industry. And now we know why — because more and more young people were continuing to initiate a harmful and potentially addictive behavior. Exactly as expected, the preliminary 2019 NYTS data also show that mint and menthol e-cigarette use rose from to 63.9% from 51.2% in 2018 among high schoolers, suggesting a switch to mint, also a candy flavor, once mango and fruit medley became harder to come by.

Our message to the tobacco industry is clear: the health of America’s youth is not for sale. Truth Initiative is committed to helping end the youth e-cigarette epidemic through the proven effectiveness of our truth® tobacco prevention campaign, just as we did to help drive down the use of combustible cigarettes to historic lows. We are equally committed to helping the millions of youth who vape and are addicted to nicotine to quit through our free This is Quitting text-based quit vaping program that is already helping more than 50,000 young Americans quit e-cigarettes.

We applaud Department of Health and Human Services Secretary Alex Azar and the administration for taking the reins to remove flavored e-cigarettes from the market, given that we know 97% of all kids who vape use flavored e-cigarettes. We also strongly urge the FDA to ban all flavored tobacco products, including little cigars, hookah, cigarillos and menthol cigarettes for the same reason – flavored tobacco of any kind encourages youth initiation. And while we are happy to see the decline in cigarette use resume after three years of stagnation from preliminary 2019 NYTS data, we remain concerned given the growing evidence that the millions of youth who now vape are four times more likely than their non-vaping peers to go on to smoke cigarettes in the future.

The FDA must act swiftly and without further delay or interference by the tobacco industry to end this growing youth e-cigarette epidemic and public health crisis.

​The latest news from Truth Initiative

Truth Initiative and Kaiser Permanente, in collaboration with the American Heart Association, join forces with EVERFI to give America’s youth the facts about vaping